What is a Healthy Relationship? 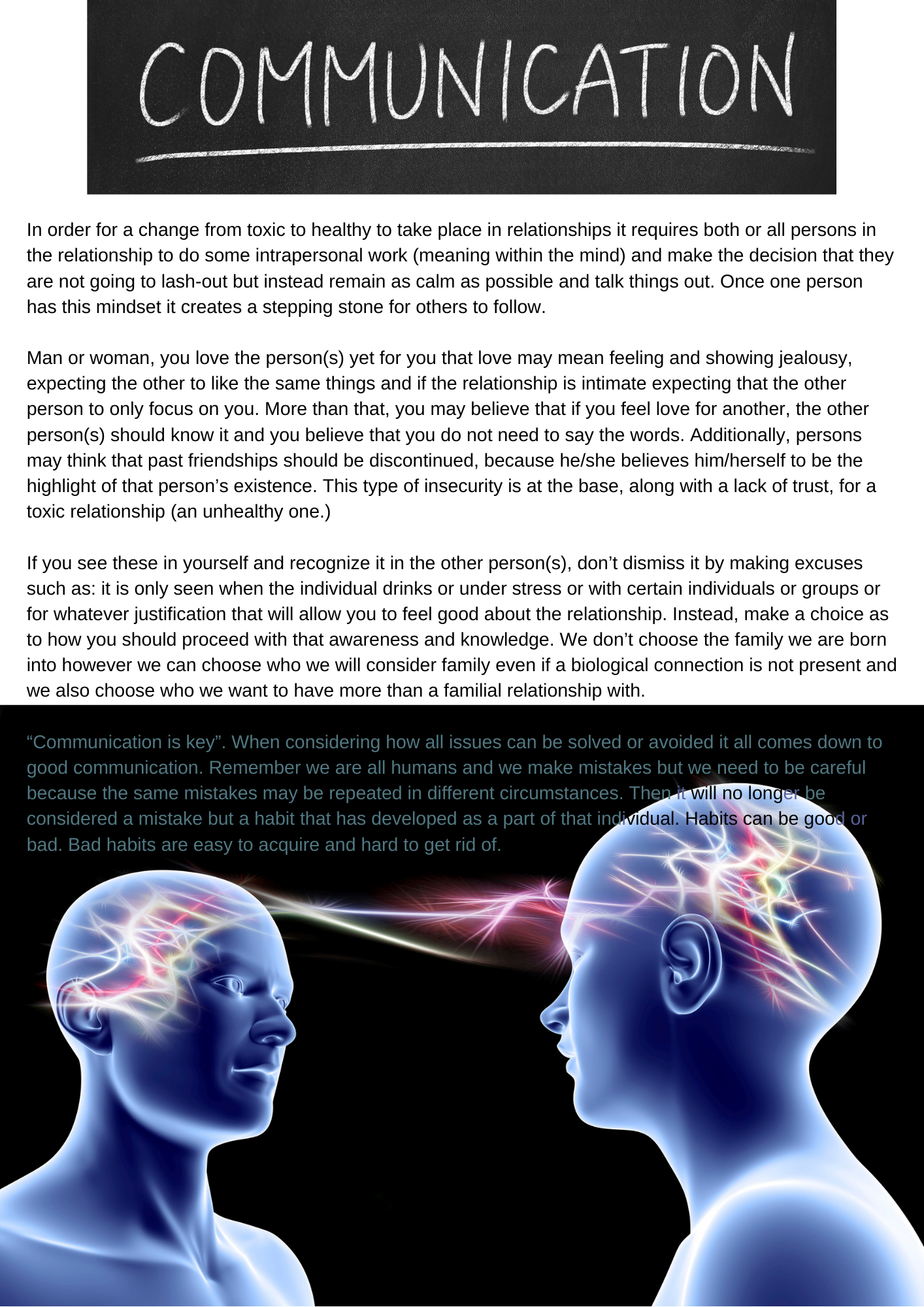 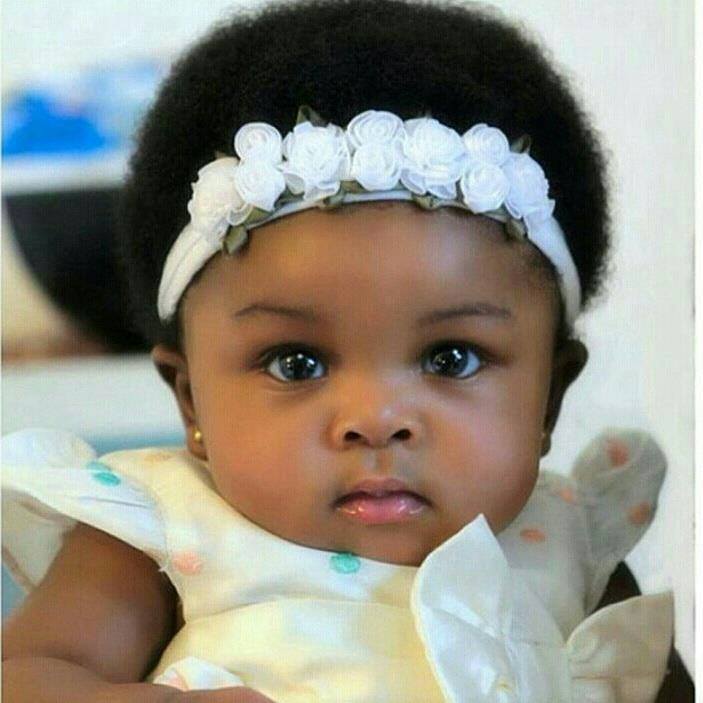 I can’t breathe” the sorrowful last words of George Floyd brought tears to many in the past few weeks. Whilst people of all races all over the world are screaming for justice for Black people, there still are quite a few who remain threatened by the colour of peoples’ skin! According to a Special Report by Pierre Moore, the Chief Justice Correspondent ABC News, the four officers arrested for Floyd’s death apparently intended to punish him because he used counterfeit cash to buy or steal cigarettes. Their excuse for brutality was possibly due to a petty crime.

Bias, racism, eugenics are just synonyms for hate. Eugenics is the study of or belief in the possibility of improving the qualities of the human species or a human population, especially by such means as discouraging reproduction by persons having genetic defects or presumed to have inheritable undesirable traits (negative eugenics) or encouraging reproduction by persons presumed to have inheritable desirable traits (positive eugenics) (dictionary.com).How many do not even get the opportunity to breathe because of the abortion clinics that exist mostly in poor communities of the United States of America because of eugenics (or people who want to rid societies of Blacks)?

"Maafa21: Black Genocide in 21st Century America," is a documentary film produced by Life Dynamics Inc. that reveals how eugenics and population control has systematically been used to reduce Black births. Maafa is a Swahili word which means “a terrible tragedy,” referring to the time of the middle passage during the slave trade. The “21” in the title refers to the 21st century, because, in reality, the “Maafa” has not ended. It is still being carried out today (Live Action’s YouTube Channel). The Maafa of today according to that documentary was influenced by the eugenics movement traced back to the mid-1900s. The words “population control” and “family planning” were code words for getting rid of the “undesirables” (the minorities – Blacks, Hispanics etc.) through contraception. At BOMA-TT we continue to identify the Billings Ovulation Method® as Natural Fertility Regulation and not “Natural Family Planning” as we are devoid from any association with “Family Planning” in this way. The documentary Maafa21 (available on YouTube or www.maafa21.com) exposes the sheer ugliness behind the origins of some abortion-providers and the main proponents for contraception.

The time of slavery here in the Caribbean left Black people with a massive scar. According to Archbishop Gordon [Shepherd’s Corner July 26, 2018] men were more likely to revolt in protection of their families, they were purposely separated, women raped in front of men deliberately and much more. Many families became more Matrifocal as a result. Due to hundreds of years of trauma, these fragmented and hurt people suffered infidelity, broken families and instability in the home. Men roamed and took no responsibility for even their own children. The Sexual Revolution that separated the permanent bond of sex through union and procreation, further destroyed God’s plan for family life. Sex became something for pleasure and leisure, our Archbishop continued. He stated nowadays the order is sex, babies and, if necessary, marriage! We have become unfamiliar with God’s plan, which is marriage, sex and then babies. Use of Natural methods reintroduce God’s plan for families. Married couples who use the Billings Method remain open to life. “Marriage is a sacrament between two baptized persons that, when lived faithfully, signifies how Christ loves the Church and communicates that love to us (Joy-Filled Marriage: God’s Plan for Love, page 25). Christ’s love is (and the married couple’s love should be) free, total, faithful and fruitful. One wonders if our country’s Family Planning unit is aware of the origins of “population control “and “family planning”. We appear to have copied the United States of America’s model of controlling our population size. It is hoped that we would instead formulate our own model of responsible parenthood (see “Fruitful and Responsible Love” by Karol Wojtyla), to control family size based on God’s model which is natural, highly effective, life-giving and with no negative health implications. #unbornblacklivesmatter #alllivesmatter #familylifematters #thismethodislove

There is a trend among some young women nowadays to suppress their menstrual cycles in order to enjoy vacations. The natural event of a woman’s menstrual bleed can be viewed as a burden or worse yet a curse by some. Many are unaware of the systematic beauty a woman’s body holds. Did you know that women’s general health is linked to her reproductive cycles? Cassie Moriarty, a writer for Natural Womanhood’s Blog, identified several important factors affected by the female menstrual cycle including immunity, bone health, heart health, moods and libido.

Ms. Moriarty interviewed Dr. Jerilynn Prior, Director of the Centre for Menstrual Cycle and Ovulation Research (CeMCOR), who stated “(Women) need ovulation, as well as normal cycles, for healthy bones.” “Women spend the first 25 years of their lives building bone mass. If they are ovulating normally, they should be able to keep that bone mass throughout their reproductive life and beyond.” The use of hormonal contraceptives stops the normal ovulatory function of the woman’s body. Vitally important to bone health are both sex hormones (oestrogen and progesterone). Fake progesterone (synthetic progestin) is not equivalent to the real one for bone health and development. Dr. Prior noted “Birth control use in adolescent girls has been shown to be significantly negative for spinal bone gain” “That’s something everyone needs to know.” Teenagers and young adult women need to know about their risks of osteoporosis (weak bones that can easily break). Also mental stress can offset women’s ovulation. Stress management is therefore important to reduce the risk of dysfunctional ovulation which will ultimately affect women’s bone health.

Moriarty also revealed that cervical mucus, which is central to the use of the Billings Ovulation Method® “is not just a sign of fertility—it is also another vital part of our immune system and is rich in immunoregulatory proteins.” This mucus at varying times of the woman’s cycle literally fights infection and filters sperm. The cervix (neck of the womb) does not fully develop until a woman is in her mid-twenties. Undergoing normal menstrual cycles is crucial for the proper development of this pathogen-fighting function of her body. Pathogens including some Human Papilloma Virus (HPV) strains can be fought naturally with a properly matured cervix. Hormonal contraception with its synthetic hormones affects the immune system and gut flora. There is thus a link to their use and becoming infected with bacterial and viral disease https://www.nature.com/articles/mi201735

Coronary Artery Calcification (CAC) that causes blood vessels to narrow which can lead to heart disease is prevented through the presence of adequate oestrogen levels. Progesterone also has positive effects on deterring heart problems. The chances of developing heart disease seem to increase when women have fewer total menstrual cycles. Synthetic hormones, as with bone health, also lack the beneficial effects on the heart. In fact hormonal contraceptive use has shown increased risk of cardiovascular events (stroke and heart attack). Other effects are high cholesterol, diabetes and high blood pressure.

When we teach the Billings Ovulation Method® (BOM) we highlight what is healthy to the woman’s cycle and what is not. Many women are currently being diagnosed with Polycystic Ovarian Syndrome (PCOS) or Polycystic Ovaries (PCO). Women with these diagnoses and in fact all women ought to know what is happening with their bodies. Learning the BOM empowers women with knowledge, in particular about ovulation (when their bodies release eggs from their ovaries). Ovulation can be “seen” through women’s observations of their cervical mucus patterns. This information comes free of charge every menstrual cycle. She simply has to pay attention to it and a wealth of information is available to both her and her doctor. Doctors are typically impressed when women know their bodies this well. Diagnoses and treatments can therefore be better assessed using her charted observations.

We invite every woman to “know thy self” and learn this Method. Men can finally understand women! We also invite doctors to understand this Method and the great deal of information proper use of it offers.